News Staff
Body
The Walters Herald, Scott Income Tax and Daylight Doughnuts have and will be changing locations in Walters.

News Staff
Body
My family and I would like to thank everyone for the prayers, visits, calls, cards, flowers and food during the loss of our Mom. Thank you to all the staff at Hart-Wyatt Funeral Home and Phillip for the beautiful service and comfort.

Brian Brus
Body
STILLWATER, Okla. – A series of free webinars to discuss cattle production, management and marketing issues has been so successful the program is being extended into July and August, Oklahoma State University Extension officials said.

Julie Bisbee Tset Executive Director
Body
The biggest challenge to Big Tobacco’s business model is that its product kills its most successful customers. The solution is hooking new, young users on their deadly products. These strategies have been well documented in internal tobacco industry documents where children are referred to as “replacement smokers.”

Trisha Gedon
Body
STILLWATER, Okla. – As the novel coronavirus continues to make its way back and forth across the country, scams related to COVID-19 continue to multiply. Fake contact tracing has added to the growing list of ways to take advantage of people.

You're never too old

News Staff
Body
Growing old is not what it used to be, claims the Association of Mature American Citizens [AMAC]. Take, Gordon Precious of Ontario, Canada. He celebrated his 95th birthday recently by taking a helicopter ride to the summit of a snow-capped mountain hi the Cariboo Mountains in British Columbia and skiing back down the slope. It was his way of letting the kid inside of him out for a day. To be fair, Precious says he has been skiing all of his life and it is not the first time he has gone heli-skiing. But, this time he set a record, according to the folks at Guinness.

The kid’s got it

News Staff
Body
He’s not a card sharp; he’s just ail honest young wizard when it conies to the game of bridge. And, according to the Association of Mature American Citizens [AMAC], the American Contract Bridge League has bestowed on eight year old Andrew Chen of San Jose, CA the title of Life Master. He’s the youngest ever to receive the honor. The UPI News Agency reports that “The organization said it normally takes players decades to accumulate 500 masterpoints by playing at tournaments and accredited clubs, but Andrew was able to earn his points in just two years by participating in local games and playing online.”

News Staff
Body
Much of the prairie across the United States evolved under fire and grazing pressure. Fire can provide many benefits to the land, but it must be used in a safe and planned manner.

Donald Stotts
Body
STILLWATER, Okla. – Recent rains across much of Oklahoma have been timely for producers looking to plant another crop in their fields after harvesting wheat.

Fourth of July Is Happening In Sultan Park

News Staff
Body
Fourth of July is coming and is happening Saturday, July 4, 2020 in Sultan Park.

Tuesday’s Election and Early Voting: All the Information You Need

The Walters Herald, Scott Income Tax and Daylight Doughnuts have and will be changing locations in Walters.
News Staff

This Surprising Discovery About Shaking Babies Will Save Lives 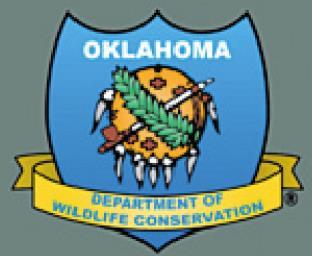