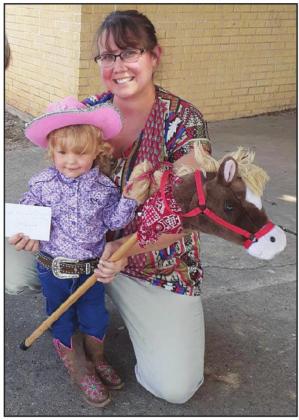 News Staff
Body
On Thursday, July 16, 2020 Walters Chamber of Commerce held the annual Rodeo Parade on Broadway. There were not as many entries (due to COVID-19), not counting Walters PD, Sheriff Dept., Walters Fire Department and Survival Flight Ambulance Service. There was plenty of candy thrown for kids and adults.

News Staff
Body
OKLAHOMA CITY, OKLA., July 27, 2020 – The Oklahoma Cattlemen’s Association (OCA) has a strong presence at the Oklahoma State Capitol every legisla-tive session and works closely with legislators to advance and protect the Oklahoma beef cattle industry. Annually, OCA recognizes legislators that go above and beyond working with OCA to accomplish our mission. This year, OCA is honored to recognize Representative Toni Hasenbeck with an OCA Legislative Appreciation Award. 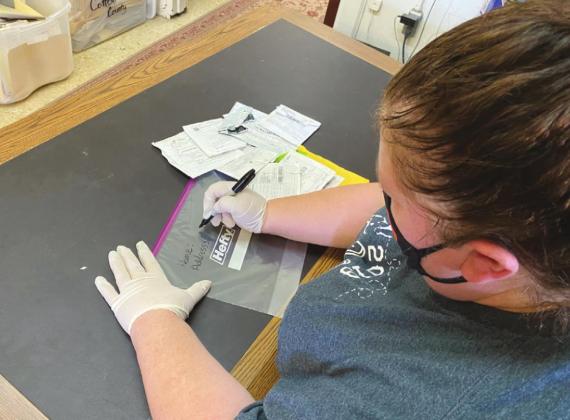 News Staff
Body
Oklahomans are being asked to go against their natural curiosity and green-thumb tendencies, setting aside mail deliveries of mystery seeds from China instead of planting them. The packages have turned up in several other states as well, including Kansas, Kentucky, Louisiana, Ohio and Washington, according to reports from those states’ departments of agriculture.

News Staff
Body
Dear Parents; This document is designed to provide a framework for reopening Walters Public Schools for the 2020-21 school year. The plan was developed after many hours of discussion and meetings of our Re-Opening Committee.

News Staff
Body
AMAC: Dr. Aldrin, it is a pleasure to hear your views. Last year, you celebrated the 50th anniversary of Apollo 11’s historic moon landing, and this year you turned 90, and you seem to be as highenergy as ever, still focused on human space exploration and concerned about America’s future in space. Can you elaborate on your hopes for the future?

A ‘blessing’ in disguise

News Staff
Body
It took 50 years or so and a global pandemic but longlost sisters, 53-year-old Bev Boro and 73-year-old Doris Crippen, finally found each other. According to the Association of Mature American Citizens [AMAC], they were separated when Boro was about six months old. Both had been searching in vain for each other all these years and they were finally reu-nited when Crippen fell ill as a result of the COVID-19 virus. She survived her bout with the deadly disease and was being treated in the aftermath at a rehab facility in Fremont, NE where Boro is employed as a Medication Aide. Boro recognized her sister’s name while reviewing an updated patient list and, as Crippen put it, her disease turned out to be “a blessing.”

Come fly with me

News Staff
Body
You’d have a hard time guessing what Robina Asti of Riverside, CA did for a living up until now. At “the ripe, young age” of 99, Ms. Asti is the world’s oldest active pilot and was employed as a flight instructor at the NextGen Flight Academy at the Riverside Municipal Airport, reports the Association of Mature American Citizens [AMAC]. The record keepers at Guinness bestowed her with the honor soon after she completed her final flight lesson recently. And, her last student, Brandon Martini, gave her high marks for her skills. He told KABC-TV: “She taught me some things up there that I haven’t learned in well over 1,000 hours.” Meanwhile, Ms. Asti told reporters that she wanted to show that senior citizens are strong, vital and can still contribute.

Walters High School will have an ONLINE and DRIVE THROUGH ( please stay in your vehicle) packet pick up and return for enrollment purposes. Packets will be available for 9-12th grade at the High…

State 4-H Roundup has developed many traditions over nearly a century, but this year’s event – a celebration of its 99th anniversary – was anything but traditional. For years, Oklahoma 4-H’ers have… 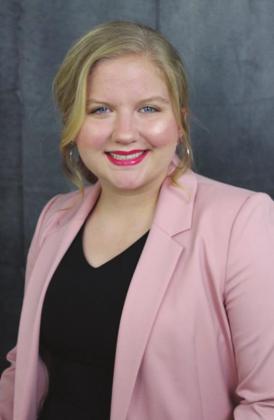 On Thursday, July 16, 2020 Walters Chamber of Commerce held the annual Rodeo Parade on Broadway. There were not as many entries (due to COVID-19), not counting Walters PD, Sheriff Dept., Walters Fire Department and Survival Flight Ambulance Service. There was plenty of candy thrown for kids and adults.
News Staff

Trump Administration Invests $7 Million to Modernize Water and Wastewater Infrastructure in Rural Communities in Oklahoma
News Staff
Wednesday, August 5, 2020
WASHINGTON, D.C., Aug. 3, 2020 – The Trump Administration today announced that the United States Department of Agriculture (USDA) is investing $462 million to…
Oklahoma State University recommendations maximize alfalfa field productivity
Donald Stotts
Wednesday, August 5, 2020
STILLWATER, Okla. – Producers who will be planting alfalfa in late August and early September can maximize their investment by following research-based…
Come fly with me
News Staff
Wednesday, August 5, 2020
You’d have a hard time guessing what Robina Asti of Riverside, CA did for a living up until now. At “the ripe, young age” of 99, Ms. Asti is the world’s oldest…
END_OF_DOCUMENT_TOKEN_TO_BE_REPLACED 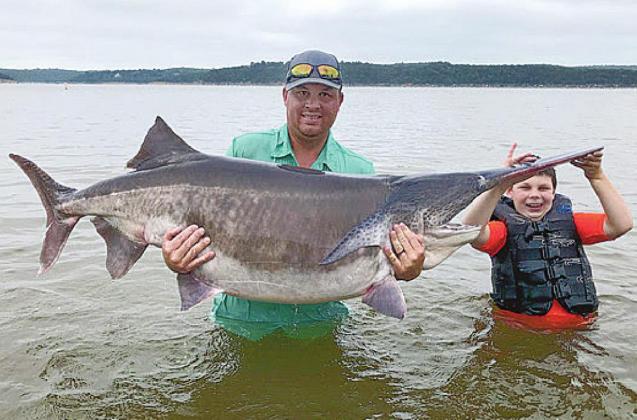 News Staff
Wednesday, July 29, 2020
A new world-record paddlefish has again been pulled from Keystone Lake near Tulsa, less than a month after the previous world record was snagged in the same…
Fishing Report
News Staff
Wednesday, July 15, 2020
Southwest (partial) Ellsworth: July 5. Elevation below normal, water 77 and murky. For current elevation conditions go to the US Geological Survey website at…
END_OF_DOCUMENT_TOKEN_TO_BE_REPLACED