Linda Norman Garrison
Body
The Walters Herald Oct. 31, 1935 Neel-Way Funeral Home announced that Gordon Thomas, funeral director, is licensed as a funeral director in Texas under the new law in Texas...Bear, deer, elk and turkey were returned to Walters in evidence this week that local residents had been hunting in New Mexico.

Pastor Jack Jacob
Body
Over the last several weeks, I have been researching the various candidates for political office and God has spoken to me about what I have learned. What have I learned that could possibly also apply to the Christian life? Below is a summary: I need to know as much as possible about the Bible in order to participate in the Christian life to its fullest. As I have studied in preparation for voting, I have learned that we must be informed on the issues, the parties and the candidates, as well as the electoral system, in order for us to make an informed decision. This applies to living the Christian life as well. It is not enough just to have our pastor do all the studying for us and then tell us what to believe. We need to know for ourselves so

Pastor Roger Snow
Body
Acts 1: 8 says: “But ye shall receive power, after that the Holy Ghost is come upon you: and ye shall be witnesses unto me both in Jerusalem, and in all Judaea, and in Samaria, and unto the uttermost part of the earth.” (KJV).

Wes Kinder
Body
Y’all remember how at Jesus’ Last Supper He told His disciples that they couldn’t follow where He was about to go? And Peter told Jesus how he would follow Him anywhere, even if itrequired his life. But Jesus told him, “Peter, you will deny Me three times before the rooster crows.”

News Staff
Body
I have written about Oklahoma’s Medicaid program, SoonerCare, and its importance in providing needed healthcare for Oklahoma’s most vulnerable children. As of May 2020, there were 833,302 Oklahomans enrolled in SoonerCare, and more than 550,000 of them are children. 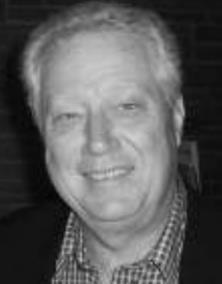 Ask Rusty – Can I Get Social Security with My Municipal Pension?

News Staff
Body
We’re gearing up for session with interim studies and meetings with state agencies, organizations, the business community and constituents. I’ve been busy this month between events around the district and meetings at the Capitol.
Subscribe to